Admin May 28, 2013 Becoming A Victor Through Growth, Don't Stop!, Full of Joy!, Getting Results in Your Life Through Faith 0 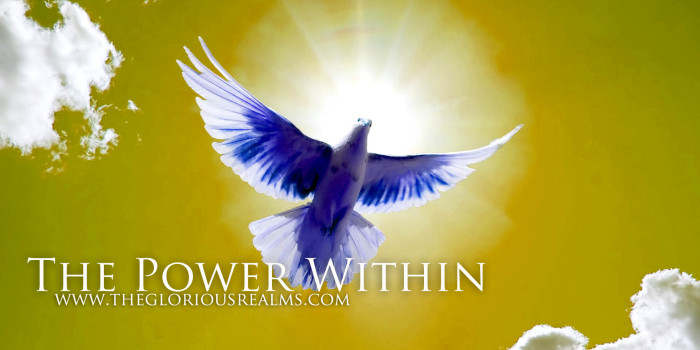 Hello all! This study really touched me… It’ll bless you too… Do read to the very end pls. May God bless and prosper your day.

The Power Source Within – Kenneth Hagin

You must remember that the Book of First John and the other epistles were letters written to the churches – to believers.

Actually, they were written to folks who are not just born again, but were Spirit filled too. It was the exception back then for believers not to have received the Holy Ghost with the s upernatural sign and evidence of speaking in other tongues.

But you know, when faced with tests and trials, sometimes even people who have been filled with the Holy Ghost and have received the enduement of power from on High will sometimes run around like a chicken with its head cut off, trying to find someone who can help them. They don’t always realize that they have received the Powerhouse, the Holy Spirit, who is living inside of them.

So many times, they will just run to someone to find comfort, shed a few tears, quote a few scriptures, and call that praying. Then they wonder why the victory doesn’t come. But all the time they were trying to find someone to help them, the Greater One was on the inside of them, trying to help them and give them their answers. Many times, people don’t realize what they received and who they received when they received the Holy Ghost.

Later when tests and trials come, they believe if they could just feel the way they did when they were first filled with the Holy Spirit, they could be victorious. Well, we shouldn’t be looking back to that experience in order to obtain the victory we need today.

You don’t need to try to have the same kind of “experience” you did when you first received Him; just learn to tap into His indwelling Presence and power today! This has never been taught as it should have been taught.

The way some people talk, they had some kind of an experience back when they were baptized in the Holy Ghost and spoke with tongues, but they’ve been left destitute ever since then. They might say, “We need the power, and if we could just get the power, we would be all right. But we don’t have the power. We’re still seeking it.”

Actually, the potential of all the divine Power there is dwells in us. If we’ll begin to believe what the Bible says and begin to confess what God’s Word says, then He will rise up in us and give illumination to our minds and direction to our spirits and health to our bodies, and He will help us in every aspect of life. We can be conscious of His indwelling Presence and power every moment.

I preached at a camp meeting in the mountains of California in 1954. Then I went back the next year to preach and a woman there said to me, “You know, last year when I was here, I received the baptism of the Holy Ghost. It was wonderful up here on the mountaintop of God’s blessings. But I went back home, and it wasn’t long before I got back into the valley because of the cares of life. And I’ve been in the valley all winter. All year I have been looking forward to getting back up here to receive another blessing.”

This dear woman didn’t know that the same Holy Ghost she had received last year was in her all the time and was just as real at her home in her everyday life as He was up there in those services in the mountains.

Other times when people don’t feel like they did when they first received the Holy Ghost, they think, Well, He’s gone now. I’ve lost Him.
But Jesus said, “. . . I will pray the Father, and he shall give you another Comforter, that he may abide with you FOR EVER” (John 14:16). God didn’t send the Holy Spirit, the Comforter, just as a guest to spend a few days with us. No, praise God, Jesus said that the Holy Spirit would abide with us forever. God intended for the Holy Spirit to come and dwell in us!

I am more than a conqueror in life! I know who I am; and I am victorious in everything that concerns me in Jesus’ Name!

Do have a splendid day.

Stressed? Here’s A Great Way To Let It Go…!