Seated On The Throne! 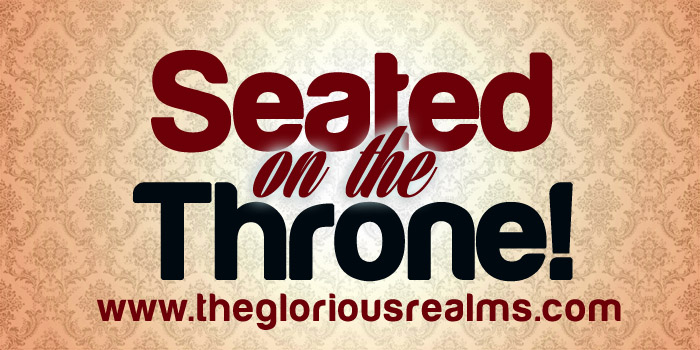 First Corinthians 6:17 says, “But he that is joined unto the Lord is one spirit.” We are one with Christ. We are with and in Christ. We are seated at the right hand of the Majesty on High. All things have been put under our feet.
The thing is, we’ve preached a “cross” religion; we need to preach a “throne” religion. By that I mean that people have thought they were supposed to remain at the cross. Some have received the baptism in the Holy Spirit, have backed up to the cross, and have stayed there ever since.
We’ve sung “Near the cross, near the cross.” Yes, we need to come by the cross for salvation, but we don’t need to remain there; let’s go on to Pentecost, the Ascension, and the throne!
The cross is actually a place of defeat, whereas the Resurrection is a place of triumph. When you preach the cross, you’re preaching death, and you leave people in death. We died all right, but we’re raised with Christ. We’re seated with Him. Positionally, that’s where we are right now: We’re seated with Christ in the place of authority in heavenly places.
Many Christians know nothing about the authority of the believer. They really don’t believe we have any authority. They believe they’re barely saved and they must go through life being dominated by the devil while living on ‘Barely-Get-Along Street’. They magnify the devil more than they do God.
We need to be delivered from the bondage of death and walk in the newness of life. We’re not at the cross. We died with Christ, but He has raised us up together with Him. Glory to God, learn how to take your place of authority.
The right hand of the throne of God is the center of power of the whole universe! Exercising the power of the throne was committed to the resurrected Lord – and we are in Him!
We know that Christ with His resurrected physical body is there in full possession of His rights, awaiting the Father’s time when His enemies shall be made His footstool. Hebrews 1:13 says, “But to which of the angels said he at any time, Sit on my right hand, until I make thine enemies thy footstool?”
The elevation of Christ’s people with Him into the heavenlies clearly points to the fact that we are to sit with Him, sharing not only His throne but also His authority. That authority belongs to us!
No wonder Paul said, writing to the Romans, “For if by one man’s offence [spiritual] death reigned by one; much more they which receive abundance of grace and of the gift of righteousness shall reign in life by one, Jesus Christ” (Rom. 5:17).

You are a ruler! 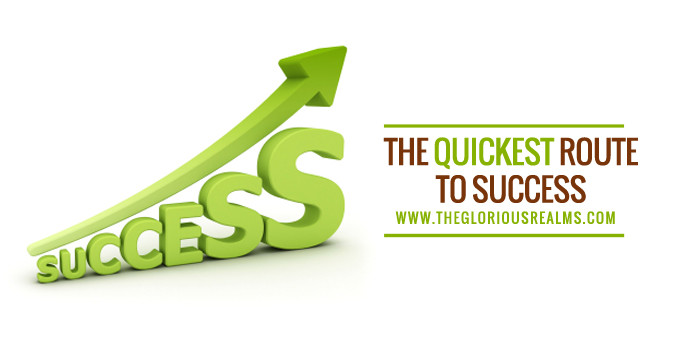 The Quickest Route to Success

It’s All Yours, For He is With You!